Jude and I have spent a leisurely winter in Lake Havasu.  One of the reasons we go to the “blue green” Colorado River impoundment is the benign weather plus it is a really beautiful. It is close to several National Wildlife Refuges.  We love volunteering for the Bill Williams and Havasu Wildlife Refuges.  That involvement with other people who love doing things for beautiful places has really influenced us.  In fact it has led to this summer’s destination.

Threes years ago in 2013, we were nomad traveling through Minnesota, we happened upon a NWR named Tamarac. It was a natural jewel!  Just driving around this refuge and seeing the Loons, Bald Eagles, and its most famous residents, the Trumpeter Swans were enough for us to send off a volunteer application. We waited anxiously!

We were accepted!  Wow, were we excited and then we got the phone call that started a nearly two year quest to keep Jude’s youngest son Chance on the face of the planet.  He was diagnosed with Glioblastoma which is the most aggressive type of brain cancer. We realized our caretaking duties and called Tamarac to cancel our volunteering commitment.

Chance graduated to heaven on July 7th, 2016.  We began to pick up the pieces after his passing and our thoughts returned to Tamarac National Wildlife Refuge. Located on the western edge of Minnesota near the border with North Dakota, we contacted the Volunteer Coordinator and queried if the refuge remembered us.  They did!  They would love to offer us a position at the refuge. We accepted and were so excited!

After a few times across the U.S. in our travels, we were familiar with deciding the best most direct route complete with our favorite campgrounds along the way.  With our passage determined, we set out from Havasu and arrived in Tamarac May 9th. Our early arrival was timed to assist the Refuge staff with its spring bird festival.

Tamarac Wildlife refuge is famous for its populations of Warblers.  Hundreds of people attend these expert-led adventures into the secret world of Tamarac to not only to catch a glimpse of the thirty-five different Warblers, but the Wood Ducks, Scarlett Tanagers, and Baltimore Orioles.  In the first two weeks of being there, I took nearly 500 photos. That’s how spectacular this refuge is! 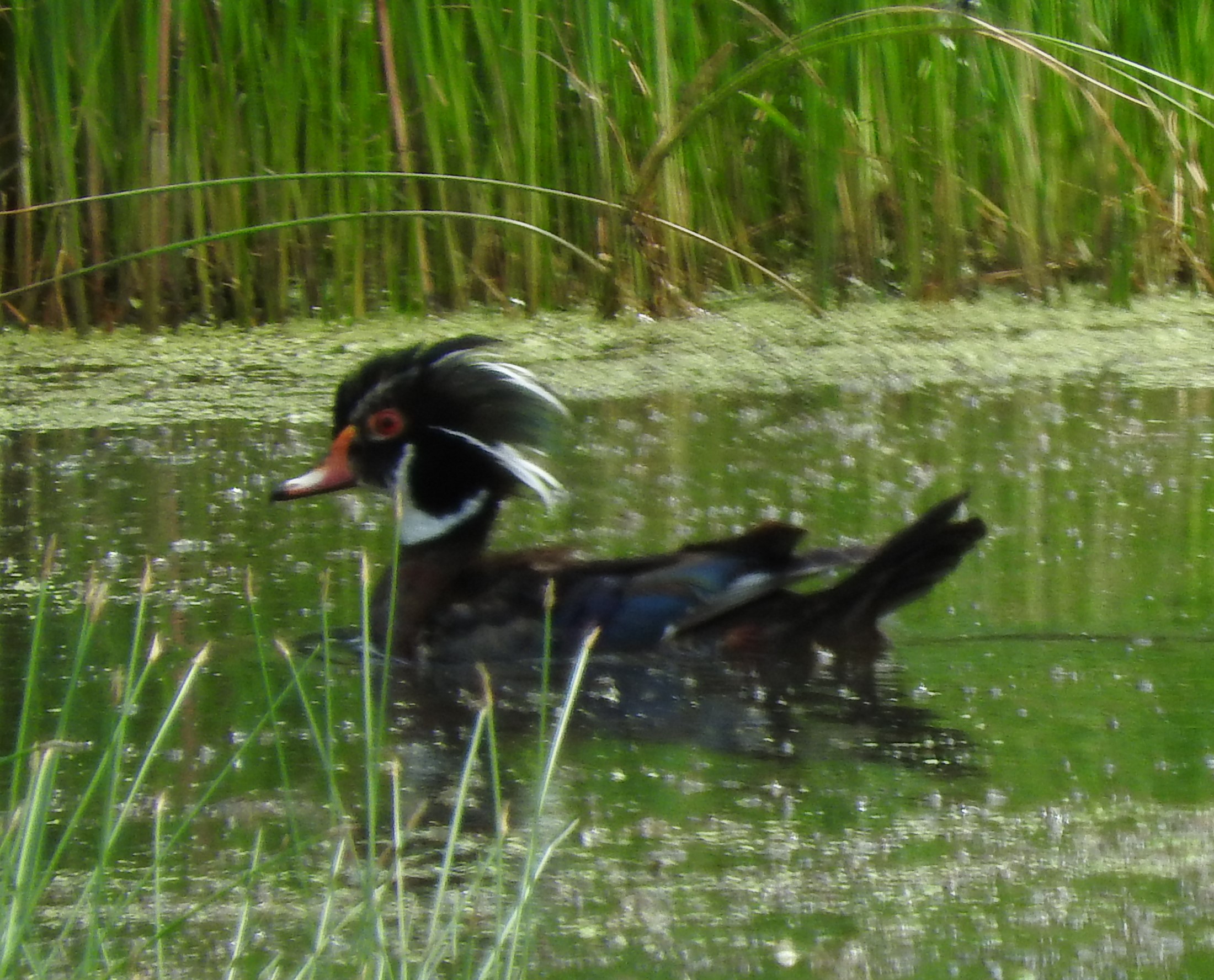 Tamarac NWR lies in the heart of one of the most diverse zones in North America.  Here the Eastern Deciduous hardwoods, the Northern Coniferous forests and the Western tall grass prairie all converge.  This convergence creates a rich assemblage of plants, animals and birds. The refuge is well known for its high numbers of Golden-Winged Warblers and its successful reintroduction of Trumpeter Swans. 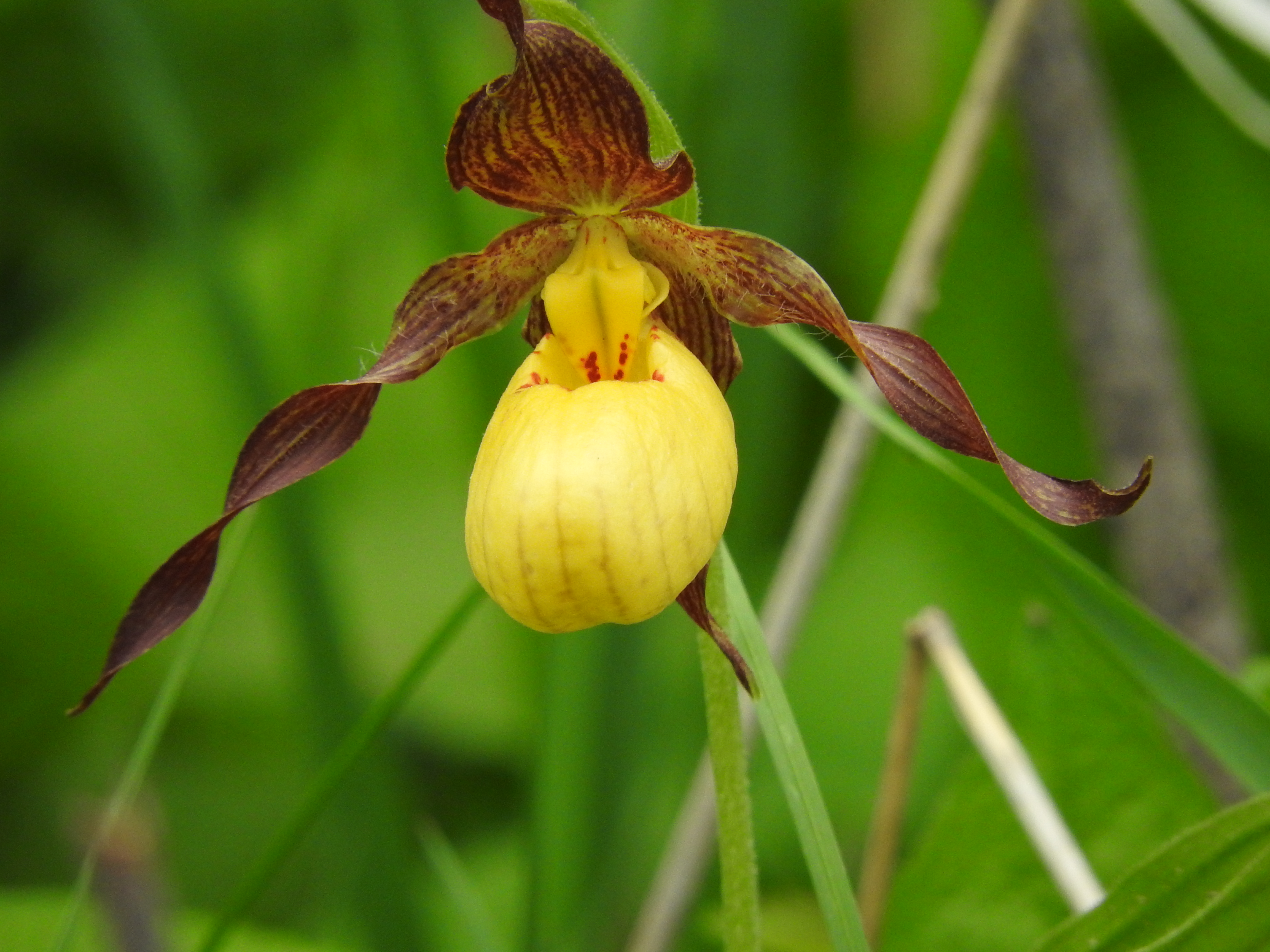 The sheer numbers of birds was nothing short of magnificent. Equally, the numbers of wildflowers, Orchids, Whitetai 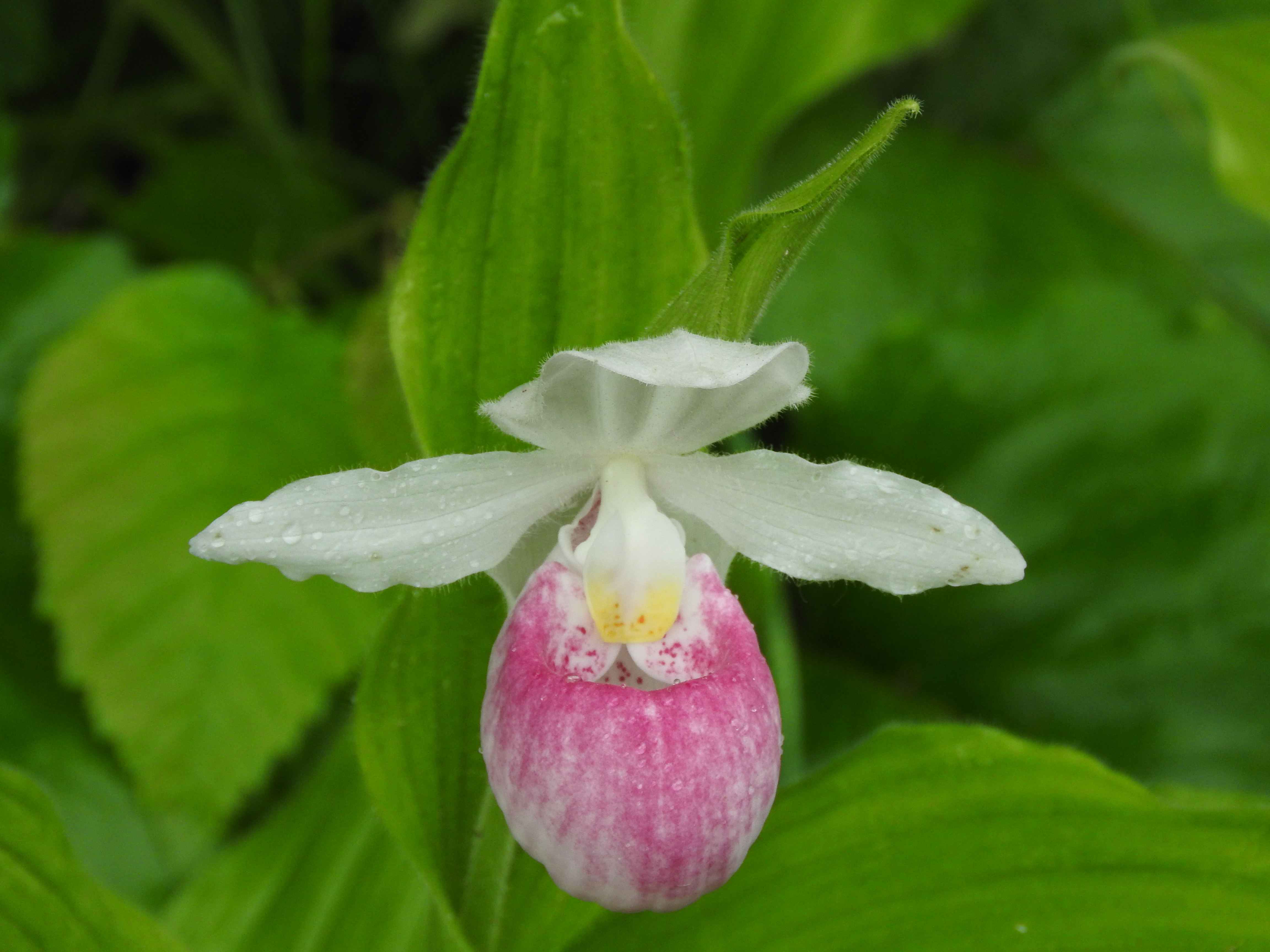 l deer, Porcupines, and other mammals were impressive.  To put it mildly, there was so much to focus upon (LOL)!  This area was beyond our expectations. We loved our opportunity to work and live here.  We felt so grateful!

As usual, there were some set-backs to the full-frontal nature in your face.  Nature has a few critters that are less inviting.  The Rocky Mountain Spotted Ticks were of biblical numbers.  It was creepy the numbers we found crawling on our clothing.  On our first day, Tamarac staff issued us a small pill bottle filled with Rubbing Alcohol and a pair of tweezers so that when we found ticks we would deposit them in the Tick Hotel” to kill them.  Around the first of July, their numbers declined but Jude and I had deposited over a hundred ticks apiece.  Yuk!

Following the Ticks was a mind-boggling number of Deer Flies.  Everywhere in the forests, you were buzzed by thirty to forty of these biting flies.  When working outside, we were adorned with head and body netting to keep their painful bites abetted. Walking place to place, we carried paperback books to wave around hoping to discourage them.

We had been warned to next expect mosquitos! With lakes, sloughs, and ponds everywhere, we believed the biting scourge of outdoors would descend in clouds, but no, they did not – they never showed up at all!  The colder summer temperatures curtailed their development. All of Eastern Minnesota celebrated!  And we joined in!

On our first summer of being full-time RVers, we traveled from campground to campground in fifteen states.  We found our sense of community was never established.  We would find very interesting people that we would love spend some time with, then either we had to leave the next day or they were leaving!  That summer moved us in the volunteering arena.  We felt that staying in a central place would allow us to develop a deeper sense of community.  We were right!

The staff of Tamarac welcomed us with open arms.  Our continued relationship just grew and grew. Soon they were telling places to visit and things to see not only in Tamarac but in the supporting lands.  Venturing out on their recommendations was an absolute joy. We worked four six hour days leaving us three and a half days a week for exploration.

Mia came for her annual visit, and we even traveled to Winnipeg and visited the Human Rights Museum.

The eight story museum was a slick modern monolith dedicated to record the history of human rights violations. Its continuing theme was equality and acceptance formed the higher road.  We visited each exhibit and were informed at each station the leaders who dedicated and even sacrificed their lives to attain that equality.  I would highly recommend this museum to everyone.

One of the most unique things about nearby areas exploration is the number of statues that are displayed.  It seems that every central town in an area would celebrate its claim to fame with a statue.  Around Tamarac were the world’s largest Turkey statue, Paul Bunyon and Babe his blue ox,a  giant Loon, the World Largest Bluegill or Smallmouth Bass and a fifty- foot Holstein Cow.  These were always announced with a huge sign that was almost equally impressive!

Our 24 hours a week became a blur of visitor services at the Visitor Center and mowing. Because of my experience of being a Trail Crew Foreman in Grand Teton National Park,  I was put in charge of developing a new trail around the refuge’s Discovery Center. 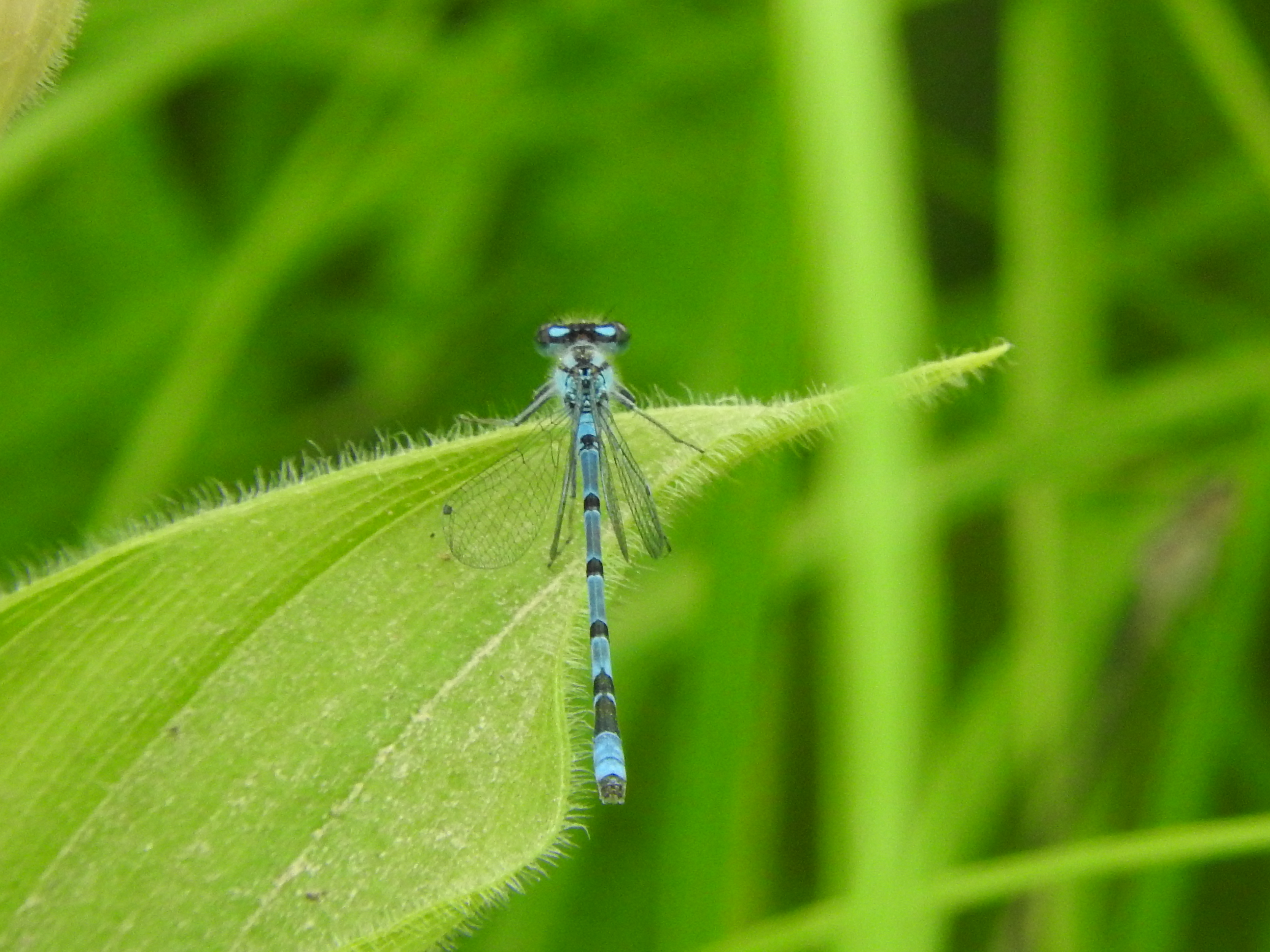 The Discovery Center was the refuge’s educational building. It was a half million dollar building gift from the Friends of Tamarac!  It was the epicenter for adults and children programs. I was privileged to enjoy a photographic wildflower excursion and a Dragonfly identification seminar. The center was well designed for formal classes coupled with guided field trips that would apply the material introduced to practical real-time applications. Both were very enjoyable!

A major part of the children’s programs was walking the surrounding trails around the center and experiencing the refuge first- hand. The trail needed a redesign.  It was the refuge’s hope that eventually the re-design would eventually morph into an American Disabilities Act trail.  That meant reducing steep grades, constructing rest areas, updating signage, and improving the functionality of the trail.  It was nice to bring a skill forward from my youth and build a new trail that would provide a pleasing experience for children and adults for a long time.  It was great to put my stamp on Tamarac that would remain for an extended amount of time!

The lakes and ponds around Tamarac were prolific with wild rice. It is the Americas only natural grain. It is remarkably nutritious and these lakes produced huge acres areas of this natural grain.  It is a staple of not only humans but countless birds. By Minnesota state law, the crop can only be harvested by the state’s Native Americas.  Here on Tamarac, the Ojibwa has the rights for harvest.  It was very interesting watching them gather the grain that they use the crop for their own nutrition and as a revenue crop.

They used narrow canoes and pushed them into the shallow waters with long poles.  The wild rice stalks are over three feet high and densely-spaced. Accessing the areas is very physical and difficult. Then, once the canoe enters the green-walled rice areas, a person in the middle of the boat bends the rice stalks inside the boats and beats the stalks to loosen the grains into the canoe’s bottom.

This is only part of the process.  Then they take the load and knead them to loosen the flax around the kernels. They then toss small amount into the air to separate the flax and then parch the kernels.  Here’s where the different types of wild rice are produced.

Rice gathering season is the beginning of the fall.  Already the Signet Trumpeter Swans are flying, and the Loon calls grow more haunting in the foggy colder morning mists!  The solid green canopies of the deciduous trees are punctuated with larger and larger areas of red, orange and yellows!  I call this the cusp of fall.  It is so beautiful and at the same time, sad.

We gather our belongings and pack them away.  Our volunteer time here at Tamarac National Wildlife Refuge is ending.  While it is sad that we are leaving, it is also exciting as our nomad travels are taking us to other roads and to a winter destination that we also love, Lake Havasu, Arizona.

The call of benign Winter temperatures, the contrast of the “blue-green waters” against the towering Basalt granite Colorado River mountains is truly a beautiful area.  I think of the Winter friends Jude and I will soon connect with; I think of the future angling experiences on Lake Havasu and my sadness turns to anticipation. I turn the key and start the key to the mother ship. We close our wonderful time here in Minnesota.  And once again, our departing emotion is gratitude. 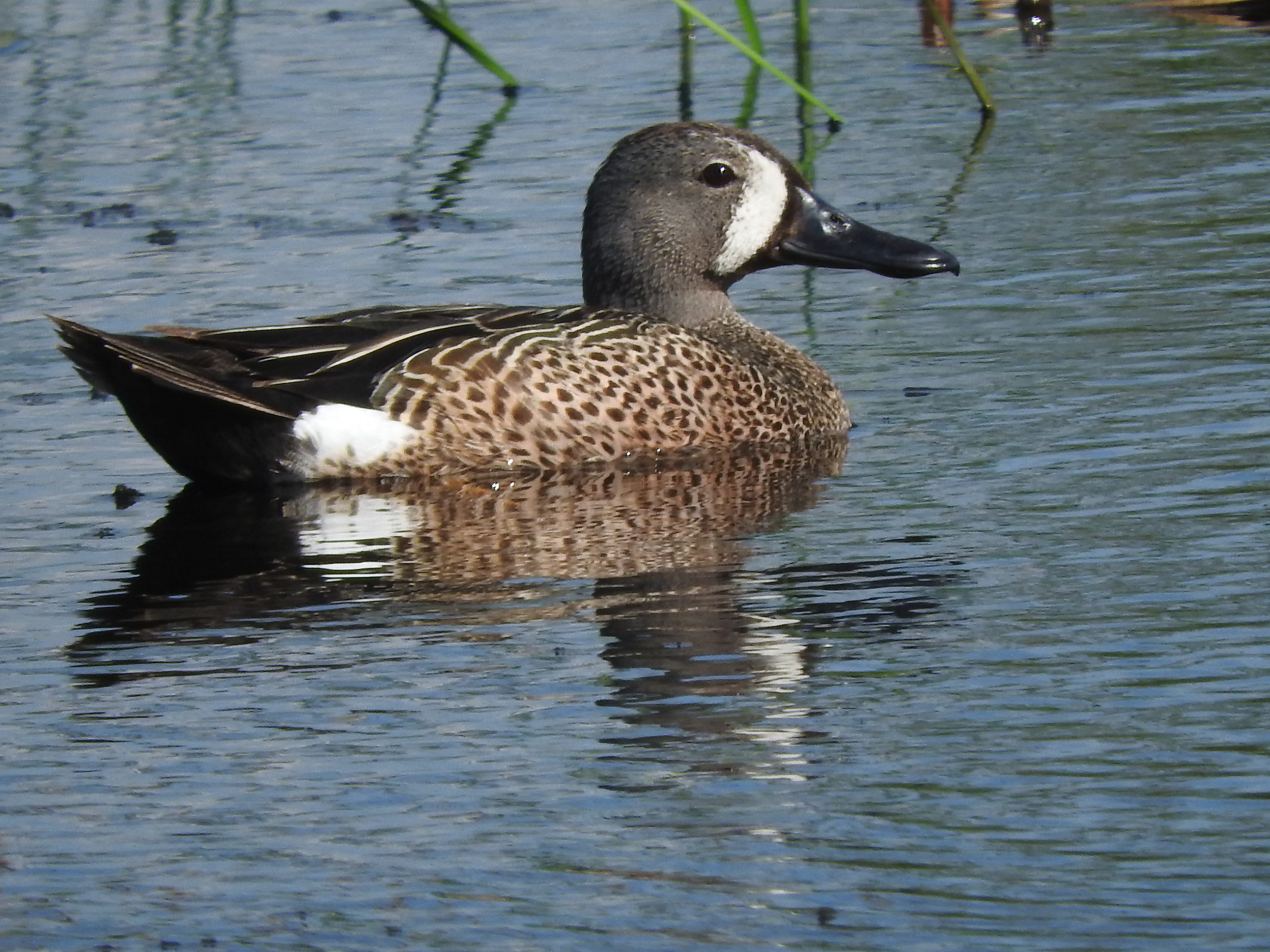