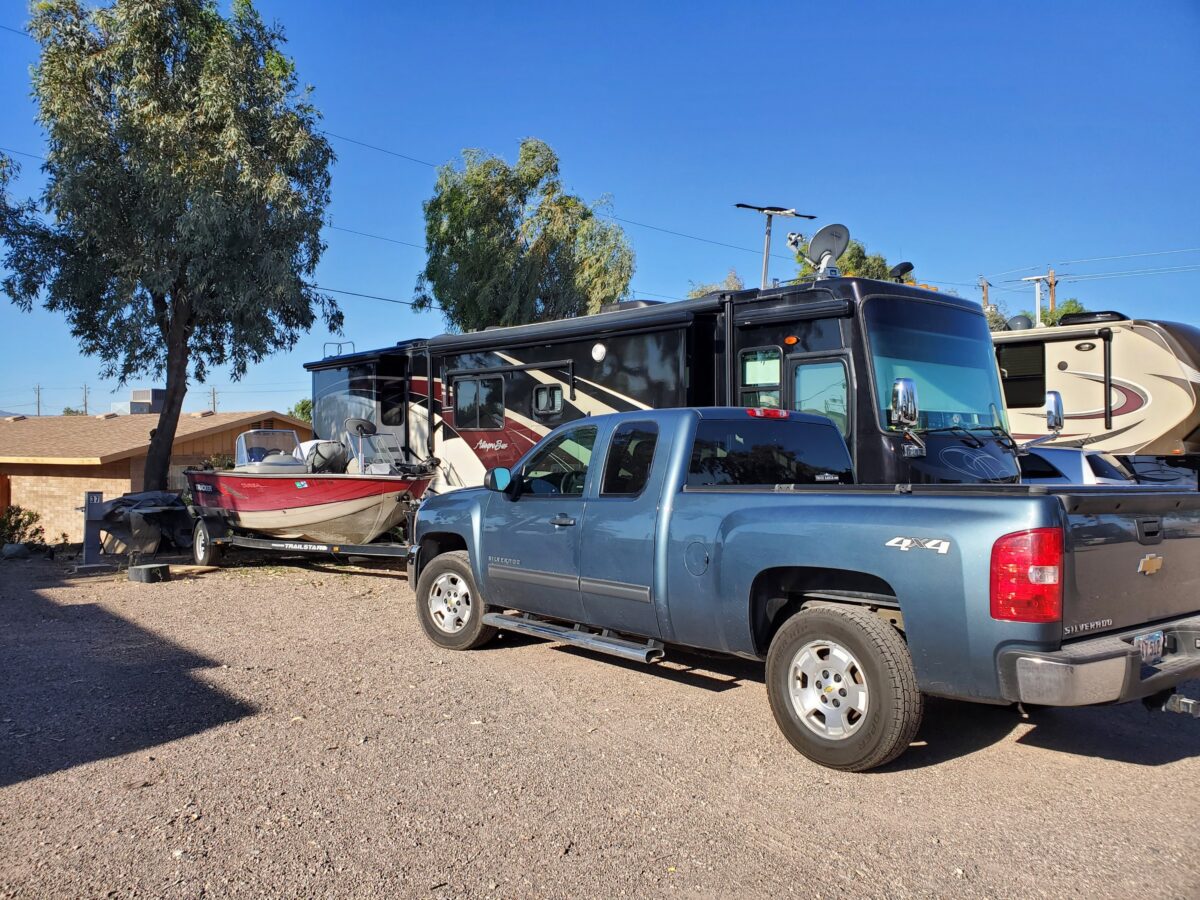 Of course all that studying paid off and D.A. passed his Coast Guard test!

Soon he found  himself as the ONLY operating fishing guide on Lake Havasu.  There are only three – most likely due to the difficulty and commitment acquiring the Coast Guard Captain license, but apparently the other two guides were not operating.  That meant he received bookings as soon as he put a notification that he was available for guiding.  As a result, the bookings and trips  never let up the whole season… that is until Covid-19. Instead of finishing the season mid-April, he stopped by concerns of transmission/infection of the virus mid-March.

We talked about buying a newer, bigger boat for next season so he could accommodate more clients per trip, but it didn’t seem prudent in light of the economy. A solution would be to move the back seat on the passenger side forward a few inches, which would provide the person in that seat better ability to turn around and watch the back-facing rod on that side.

One morning, D.A. said, “Let’s take the deck off and move that seat forward.” Sure, why not? And so it began!

Once removed, it exposed the 3/4″ marine plywood that was displaying the constant onslaught of countless days of rain and weather.  It was only logical to replace the plywood.  Using it as a template, we placed the flooring, making the adjustments  to the seat placements.

With the floor in place, we treated the plywood with sealer and covered the surface with 2 coatings of a non-skid paint.  Painting the seat bases and adding a black metal trim on the floor’s edges really made the floor pop! The icing on the cake was the addition of a center mat that would protect the floor from drops and scuffs.

At the end, we were experiencing 105 degree weather daily at Lake Havasu. Salt Lake City here we come!