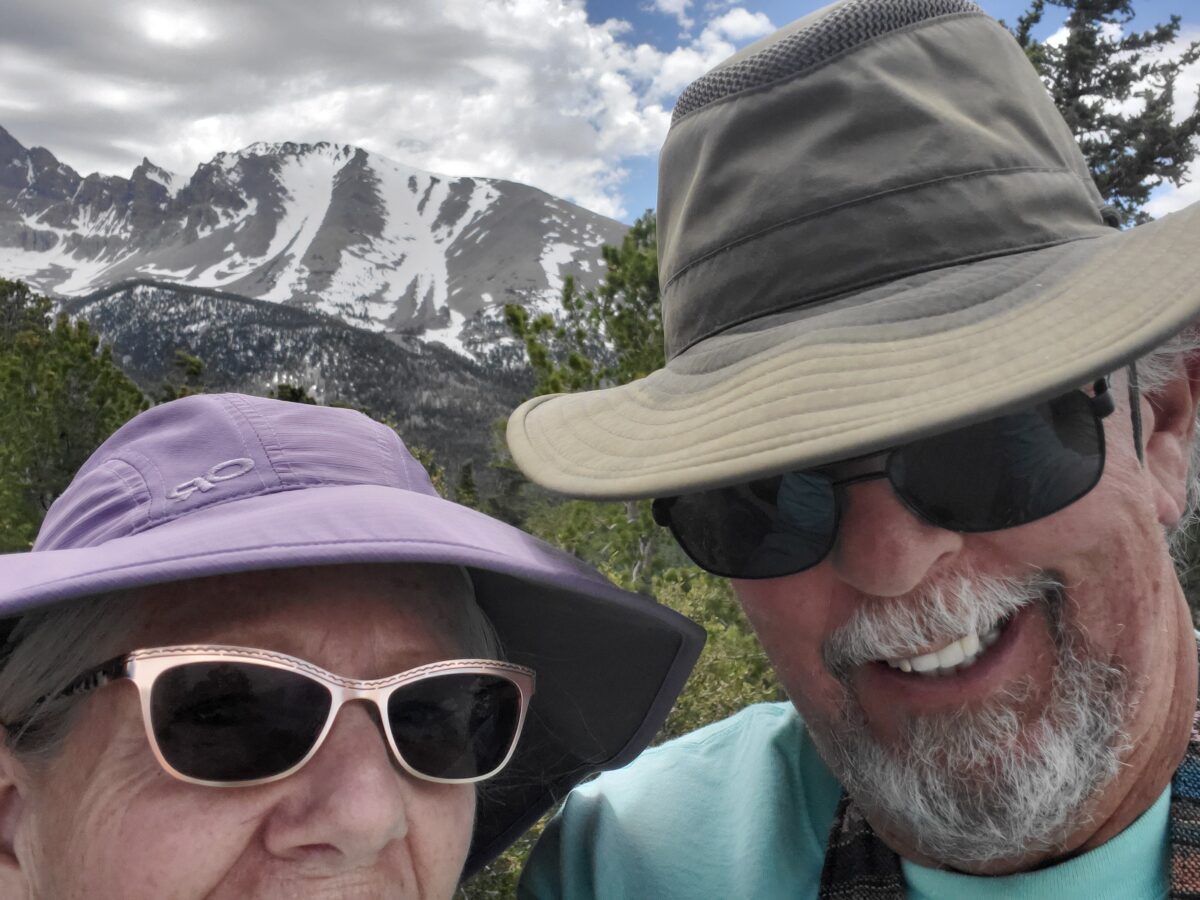 An unplanned trip morphs into a highlight

Sadly, we had to leave Bridgeport earlier than planned because we had a broken valve on our water tank. We could have had a mechanic travel out from Carson City at enormous expense (and he might have had to return with parts so you could pay that expense more than once), so we decided to move to Carson City for a couple of days.

In talking with our mobile mechanic, who turned out to be a fisherman, we asked for his suggestion for our onward travel to Salt Lake City. We thought we’d just go over Hwy. 80, but now we had a couple of extra days and it would be nice to find a unique place to spend them. He didn’t hesitate to recommend the town of Ely and Lake Comins – which was near Hwy. 50, the Loneliest Road in America. Last year on the way to Oregon, we spent a short time on that area of Hwy. 50. It was gorgeous, and we promised ourselves we’d be back. Little did we know…

We stayed at the Ely KOA and while I have no complaints whatsoever with the facility, I’ve never had a worse experience anywhere at check-in. Always, when I make reservations, I call them rather than booking online to tell them our arrangement (two vehicles and a boat/trailer). I ask if they have an overflow area for parking if all our vehicles won’t fit in our space.

A clerk, Jennifer, said here were no notes in the file, she knew the person who had made the reservation, and she would not omit making such a note on the reservation! It went downhill from there and I won’t go into the details. Suffice to say if you find yourself at Ely KOA and Jennifer checks you in, watch yourself!!!

I sent an email to Judy, the Ely KOA Manager, asking her to review the videotape made at my check-in for training purposes. No reply.

Nonetheless, we enjoyed the town of Ely, particularly the Renaissance Village, we prized our very windy day fishing at Comins Lake and most of all, we loved the day we spent at Great Basin National Park (60 miles from Ely).

The park derives its name from the Great Basin, the largest area of contiguous watersheds that normally retain water and allow no outflow to other external bodies of water in North America. It spans nearly all of Nevada, much of Oregon and Utah, and portions of California, Idaho, and Wyoming.

The park is notable for its groves of ancient bristlecone pines, the Lehman Caves, Wheeler Peak, and the Wheeler Peak Glacier. A day there is not enough!

Warning if you visit Ely

What all visitors need to know about visiting Ely though is to watch out for speed traps. They are literally everywhere, city police, tribal police, highway patrol – all enforcing a 35 mph speed limit. We were stopped but not ticketed, but we were shocked at the number of “official” vehicles we saw in a tiny town in the middle of nowhere!!

While we don’t always stay at KOA (by a long shot), we always stay at the KOA in Salt Lake City because it’s the only game in town! Seriously. It’s a huge facility, close to Temple Square and lots of sightseeing and best of all, is situated on the Jordan River Trail, so you can walk out the back gate at KOA and walk about 20 miles in either direction along the Jordan River. I walk out there every day I’m there (but not 20 miles, ha ha).

On Day 2, Irene, D.A.’s sister, took us on a tour of Temple Square. I was especially interested to see the Family History Center. Irene is a genealogist, so she was the perfect tour director for the library and surrounding area.

A couple of years ago, I read the book Refuge: An Unnatural History of Time and Place by Terry Tempest Williams. It was a poet and naturalist’s personal story of losing her mother to cancer at the same time in 1983 the Great Salt Lake began to rise to record heights causing untold destruction to public facilities along the lake like Antelope Island and Bear River Migratory Bird National Wildlife Refuge.

Because of our love affair with the National Wildlife Refuges, I wanted to visit the one at Bear River. We were joined by Irene and her son, Chad, for the field trip, followed by a picnic at a big park in Brigham City. The facility at Bear River was completely lost in the flood and the one rebuilt is very impressive. It is surrounded by marshlands and walks, and they also have a 12-mile auto tour through the heart of the refuge. Unlimited birdwatching! 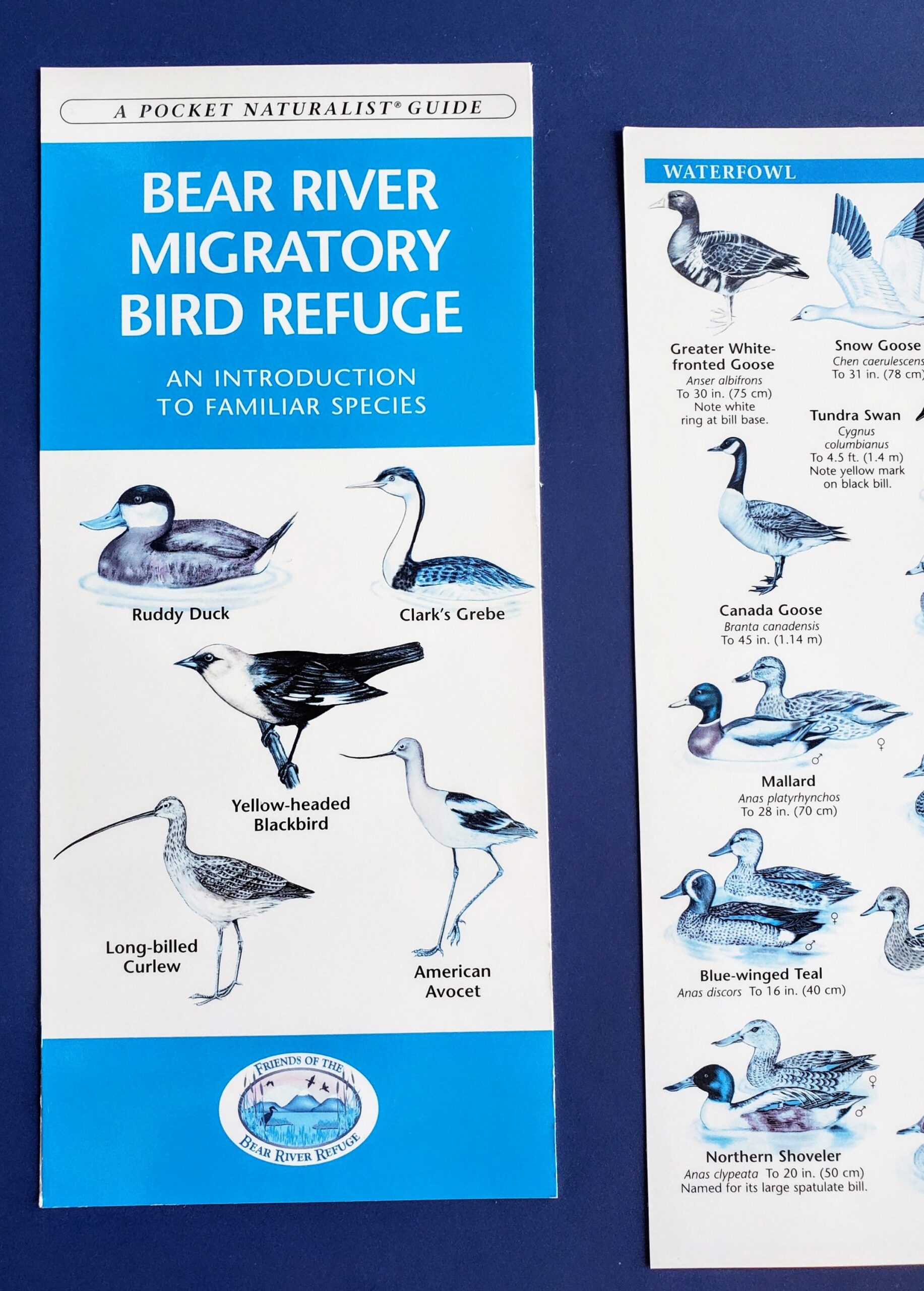